Provost’s Award for Excellence in Teaching 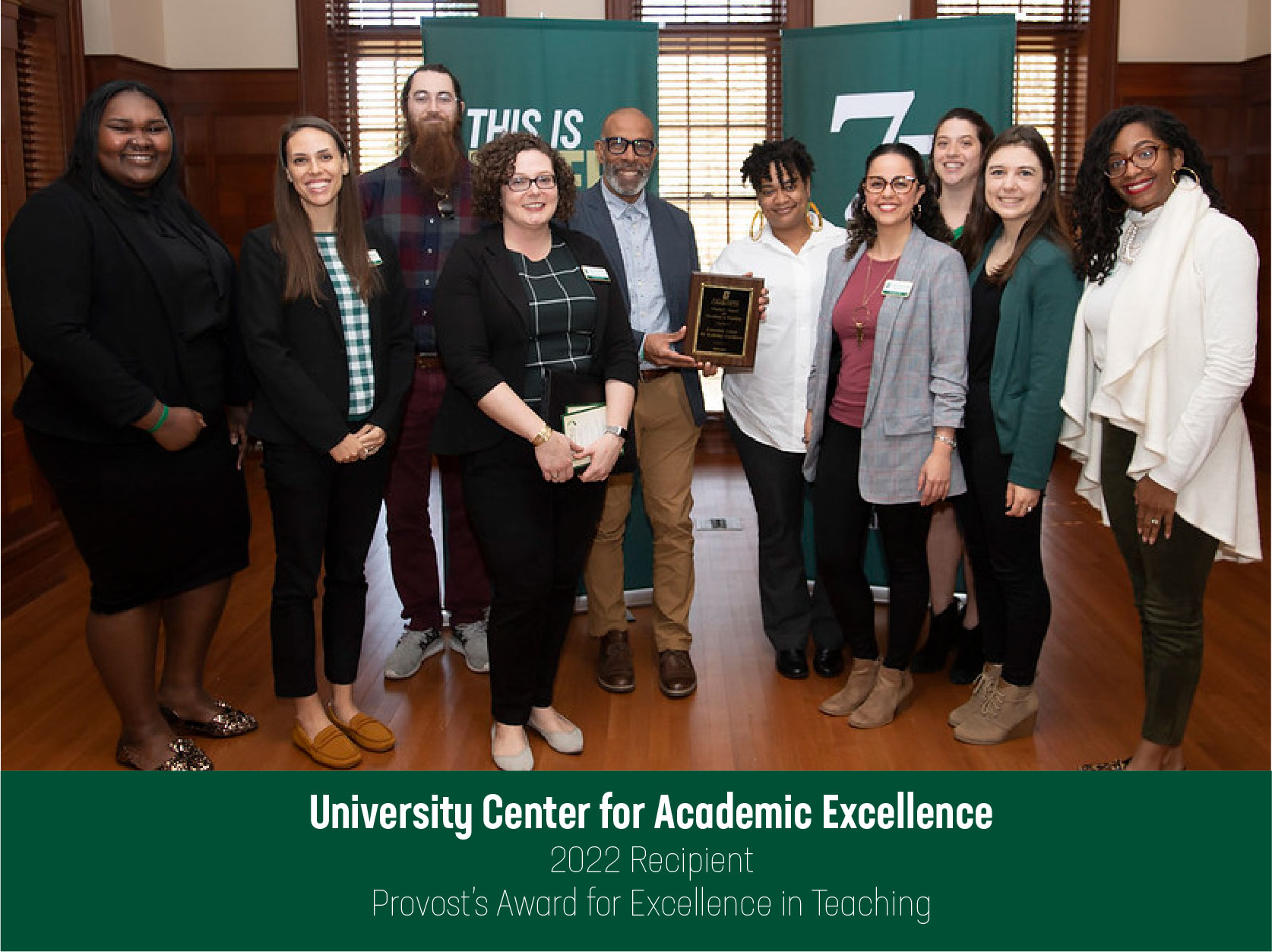 The Provost’s Award for Excellence in Teaching is granted biennially to an academic department, program, or unit in recognition of the collective responsibility of faculty members for maintaining high-quality teaching.  The award is intended to recognize documented efforts that improve student learning and outcomes.  The monetary award can be used at the discretion of the recipient unit for any purpose authorized for state appropriations.  A permanent plaque has been created to move each year to the recipient unit in recognition of the award.

Nominations to the Provost should consist of a letter from the dean not to exceed three pages.  The nomination may be accompanied by no more than ten pages of supporting documentation.  An emphasis should be on the collective work of a department or unit rather than the compilation of the accomplishments of individuals.  The letter and supporting materials should address the following:

All University departments and programs are expected to maintain ongoing methods for enhancing and evaluating teaching performance to encourage and support effective student learning.  The Provost's Award, therefore, is given to a department or program with a documented record of sustained accomplishment, commitment, and innovation in undergraduate or graduate teaching.  The award acknowledges unusual efforts on the part of a department or unit to work together to deliver teaching of the highest quality that impacts student learning.

The nomination period is currently closed.  Nominations were due December 10, 2021.