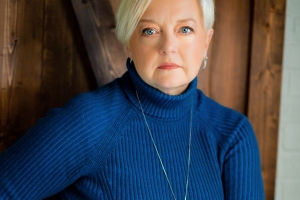 Join Karen L. Cox in conversation on her book No Common Ground: Confederate Monuments and the Ongoing Fight for Racial Justice.  The virtual talk will be held April 22, 2021, from 5:30-7 p.m.

In this eye-opening narrative of the efforts to raise, preserve, protest, and remove Confederate monuments, Karen L. Cox depicts what these statues meant to those who erected them and how a movement arose to force a reckoning. She lucidly shows the forces that drove white southerners to construct beacons of white supremacy, as well as the ways that antimonument sentiment, largely stifled during the Jim Crow era, returned with the civil rights movement and gathered momentum in the decades after the Voting Rights Act of 1965. Monument defenders responded with gerrymandering and “heritage” laws intended to block efforts to remove these statues, but hard as they worked to preserve the Lost Cause vision of southern history, civil rights activists, Black elected officials, and movements of ordinary people fought harder to take the story back. Timely, accessible, and essential, No Common Ground is the story of the seemingly invincible stone sentinels that are just beginning to fall from their pedestals.

'As a Matter of Fact' is a virtual conversation with a UNC Press author, a UNC Charlotte faculty member and a community leader about issues impacting our communities. This interactive talk will provide ample opportunity for audience questions and discussion. Attendees must register no later than 5 p.m. Tuesday, April 20, 2021.  Registrants will receive a link to join the talk.

Karen L. Cox is an award-winning historian, Distinguished Lecturer for the Organization of American Historians, and professor of history at the UNC Charlotte. A successful public intellectual, she has written op-eds for the New York Times, the Washington Post, CNN, TIME, and more. Dr. Cox regularly gives media interviews on the subject of southern history and culture and is the author of four books, including No Common Ground: Confederate Monuments and the Ongoing Fight for Racial Justice (April 2020), Dreaming of Dixie: How the South Was Created in American Popular Culture, and Goat Castle: A True Story of Murder, Race, and the Gothic South.

ABOUT THE COMMUNITY LEADER

Dr. Willie J. Griffin is a 20th century historian of the South, who specializes in the Black Press and Charlotte’s local African American History. As a Charlotte native he returned home to join Levine Museum of the New South as its Staff Historian in 2018. Dr. Griffin previously served as Assistant Professor of African American History at The Citadel. He holds a doctorate in U.S. history from University of North Carolina at Chapel Hill.

ABOUT THE UNC CHARLOTTE FACULTY

Emily Gunzburger Makas is an associate professor of architectural and urban history in the School of Architecture at UNC Charlotte. She has a Ph.D. in the History of Architecture and Urbanism from Cornell University, a Masters in Historic Preservation from Columbia University, and a Bachelors in History from the University of Tennessee. Her research focuses on the history of modern European cities and specifically engages the relationships between architecture, cities, heritage, memory, identity, and politics.