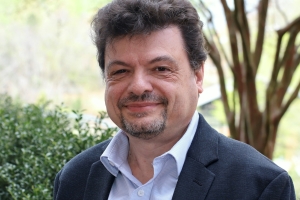 Dr. Bojan Cukic, who currently is an associate dean and professor in the College of Computing and Informatics (CCI), will serve as interim dean of the College when Dean Fatma Mili resigns her post effective June 30, 2022. A search for the next CCI dean will begin in the coming weeks.

Cukic joined Charlotte in 2014 as the chair of the Department of Computer Science during a time of significant growth. Within five years, the undergraduate and graduate enrollment in the department nearly doubled, and research funding increased by 50 percent.

He has held many leadership roles during his tenure at UNC Charlotte. In 2018, Cukic served as the interim executive director of the University-wide Data Science Initiative (DSI). In this role, he led the faculty committee that created the curriculum for the bachelor’s degree program in Data Science. The addition of the Bachelor of Science in Data Science program, as well as the steps taken to reorganize DSI staff and formalize faculty participation, contributed to the initiative's transformation into the School of Data Science in 2020. Since 2019, Cukic has served as the associate dean for undergraduate programs and student success in CCI.

“We are fortunate to have someone of Dr. Cukic’s stature and experience to step in to guide this fast growing college,” said Provost Joan Lorden.

Cukic received Master’s and Ph.D. degrees in computer science from the University of Houston. His research interests include software engineering with an emphasis on verification and validation, resilient computing, authentication systems and biometrics. He has had a prolific research career with more than 250 peer reviewed publications.  Cukic received a National Science Foundation Career award in 2002, and research awards from NASA, the Office of Naval Research, Department of Justice, Department of Homeland Security and commercial companies. His research was recognized with the Tycho Brahe award and an Outstanding Project award from NASA’s Office of Safety and Mission Assurance.