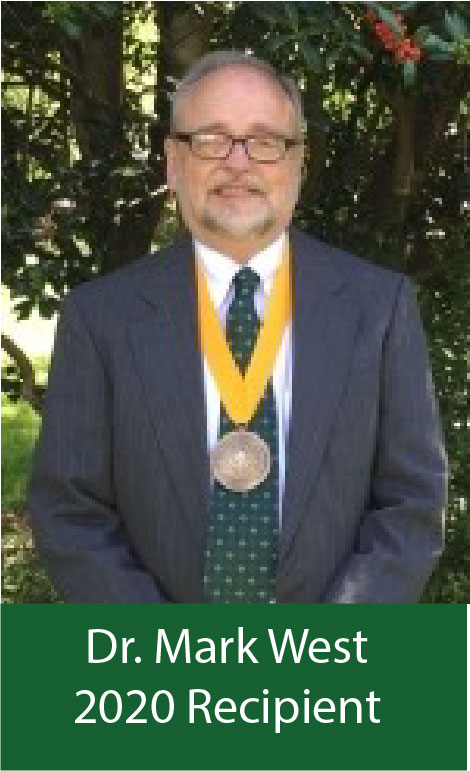 The prestigious honor of the Governor James E. Holshouser, Jr. Award for Excellence in Public Service recognizes and rewards “sustained, distinguished, and superb achievement in university public service and outreach, and contributions to improve the quality of life of the citizens of North Carolina.  The creativity and impact of a nominee’s achievements are of a magnitude that greatly exceeds the normal accomplishments of a productive faculty.”  This award was originally conceived as the UNC Board of Governors Award for Excellence in Public Service in 2007 to encourage, identify, recognize, and reward public service by faculty of the University.  The award was renamed to commemorate Governor James E. Holshouser, Jr., in 2013.

Each year, the recipient of the Bonnie E. Cone Professorship in Civic Engagement becomes UNC Charlotte's nominee for the Governor James E. Holshouser, Jr. Award for Excellence in Public Service.